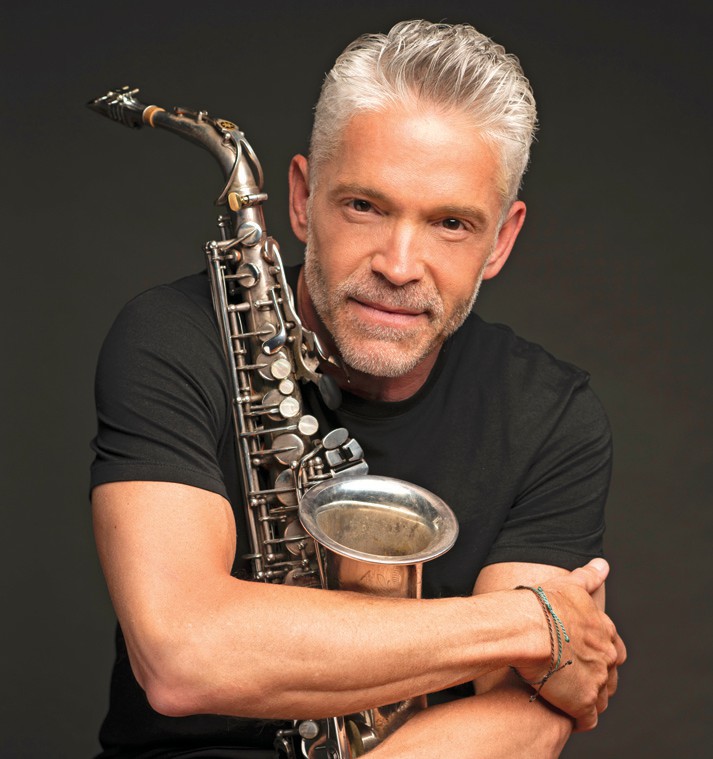 Twenty-five years ago, saxophonist Dave Koz and keyboardist David Benoit embarked on the first Dave Koz and Friends Christmas tour. That initial outing, born out of a period of grief for the two musicians, has today grown into one of the greatest joys for Koz in his musical life.

“When I think about the extremely humble beginnings of our tour, going way back to 1997, we had something like six shows,” Koz recalled in a late-October phone interview. “It was really, the whole idea to do that first Christmas show was David Benoit’s, and it came about as the result of a conversation he and I were having earlier that year after the loss of a parent. He had lost his mom and I had lost my dad. That was his suggestion to me. ‘Maybe a good way to deal with our emotions is to go out and play some Christmas shows, play some Christmas music. Maybe we can help some other people and help ourselves with our feelings and stuff.’ As a musician, that was an amazing suggestion on his part, as a musician to have that vehicle to work through such complex emotions. It was such a gift. And that tour was very short, it was not well attended either. But the promoters liked the show and they invited us back the next year.”

That second year, guitarist Peter White joined the tour, and trumpeter Rick Braun came on board for the third outing. And the tour just continued to grow from there, turning into an annual trek on which Koz is joined by a rotating cast of musicians and a show that features polished visual production, while keeping the music and holiday spirit at the center of each performance.

“There are so many rich traditions that are associated with Christmas time and the holidays in general,” Koz observed. “And the fact that this, because it started to come around regularly, people started to make it part of their traditions, their annual traditions. They came with their kids and they kept coming. And then the kids, I would see kids in the front row and they’d come back the next year and they’d be bigger. And then all of a sudden, miraculously, they’re bringing their kids to this show. Now we have three generations checking out the show.

“Here we are 25 years later, still doing it,” he said. “People still come and I am so grateful for all of it. It’s the best Christmas gift ever to be able to do this tour for so many years.”

Hitting the 25th anniversary prompted Koz to invite White and Braun — whose annual participation in the early years helped establish the Dave Koz and Friends Christmas tour as an annual event — on this year’s tour. He also has long-time friend and colleague, keyboardist Keiko Matsui, joining the tour for the first time in several years, as well as vocalist Rebecca Jade, who did her first stint on last year’s outing. Benoit, unfortunately, was unable to be part of this year’s anniversary tour.

“Originally David Benoit was supposed to do this tour as a 25th anniversary,” Koz said. “But David couldn’t do the tour this year because of health issues. He’s doing OK, but he can’t really travel around right now. He’s on the list for a kidney transplant. He’s dealing with that, but he has a whole plan in place and I know that he will be, without question, he will be back.”

Benoit, though, did join Koz, White and Braun as a member of the core band that recorded the new Koz album, “Christmas Ballads,” which serves as a companion to the anniversary tour.

Koz already had released seven previous holiday albums, so deciding on a direction for the music became a key piece of the puzzle for “Christmas Ballads.” Working with producer Philippe Saisse, who has contributed to several of Koz’s albums, including as an arranger on his 2020 album, “A New Day,” they arrived at a theme.

“Philippe and I, we talked through our many conversations before there was even a note recorded. We came up with the idea of it’s like the time of the day when you would listen to an album like this,” Koz said. “So the specific moment that we had in mind when we recorded it was that feeling of after your guests have left. The party is over. You’ve put away the dishes. It’s the week before Christmas. You’ve got the fireplace going. You have a nice beverage in your hand, maybe somebody special there to share it with. What does that feel like musically? That’s why we decided to do all ballads and to reflect that warm moment that’s very specific in the holidays. And I think we got it.”

Another hurdle was choosing songs Koz had not previously recorded that fit the mood of the “Christmas Ballads” album.

“We recorded 10 songs that I had never recorded before,” Koz said, including the original song “Wrapped Around Your Smile” in the equation. “It was not easy to find 10 new songs. This was album number eight of Christmas music, but we were able to do it.”

Actually, Koz found several holiday classics to record, including “God Rest Ye Merry Gentlemen,” “It Came Upon the Midnight Clear,” “Away in a Manger/ Silent Night” and “Merry Christmas Darling,” all of which are performed in Koz’s silky smooth jazz form, but with some creative arrangements that often include orchestration and tasteful spotlight moments for solos from Koz, Benoit, Braun and White. There are also some less obvious song choices, including John Lennon’s “Happy Xmas (War Is Over)” coupled with “Imagine” (with Jade providing vocals on the latter song), and “Petit Papa Noël,” a song plucked from the 1946 French film “Destins.”

“Christmas Ballads” figures to be another successful album for Koz, who is firmly established as one of smooth jazz’s biggest stars. In a career that began with the release of his self-titled debut album in 1990, Koz has gone on to notch 11 No. 1 albums on “Billboard” magazine’s Current Contemporary Jazz Albums chart and nine GRAMMY nominations. He also has become a long-running presence on radio, with his syndicated Dave Koz Radio Show now in its third decade, as well as hosting his weekly SiriusXM program, The Dave Koz Lounge.

For now, Koz is ready to celebrate 25 years of his Christmas tour, covering plenty of musical ground in each show with his guests.

“We will be doing a segment within the show that highlights the new music from ‘Christmas Ballads,’” Koz said. “Of course, you want to inject new and novel things into the show and there will be that. But one thing I’ve learned over the many years of doing this is our fans and people who come to the show, they want to hear the things that they know and they love, the integral things that are hallmarks of our shows. So you know there’s going to be a Hanukkah segment. You know there are going to be a lot of collaborative moments where all of the artists are on stage. And then each artist will get a chance to do their own music. These are things that have been part of our show for a long time, so they will be back, especially for the 25th anniversary.” ¦